The Right to Vote is an American Principle

Voting is a uniquely American institution but it has come under attack. Those vulnerable citizens, including those on parole, must be allowed the right to vote as a way to bring them back into society.

By the time someone reaches the court system, many factors have already been in play to their personal detriment -- and the court seems to be the final straw.  Even persons who have never been involved in a court case before who now find themselves in harm's way  are human beings with complex liv... 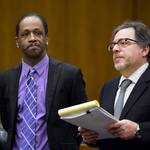 Grand Juries, because they are expedited proceedings, might not be in the best interest of the defendant 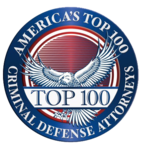 A yes vote on Proposition 25 allows defendants to be released from jail before trial based on the risk of them not committing another crime or becoming a flight risk. No fees are charged as a condition of release.

Clients who Need Mental Health Assistance Can Get Help

The San Francisco Chronicle reported today that efforts are underway to provide crisis response teams to those in our society who are mentally ill and are in tremendous pain living on public streets.  Oftentimes these illnesses degenerate into a downward cycle that includes homelessness and crimi...

Update on Corona Virus and Jails

Covid - 19 Is Not Going Away Anytime Soon

How Does Corona Virus Impact My Case? Let Me Count the Ways by Harris Taback

Prescription Drugs Are Miraculous and have Few Legal Use Guidelines

What Your Lawyer Should Say to the Jury 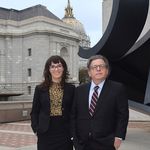 Juries are the most important factor that stands between the accused and the Government. It is the power of the jury that upholds the democratic principles of liberty and justice that our Country is founded upon.

ICE Readies Itself to Make Arrests in California

ICE, the Immigration Customs Enforcement Agency, has become the biggest enforcer of our Government's intolerance of refugees and others entitled to a fair hearing before they are allowed safe entry into the United States.

The Need for Strong Representation in Federal Court 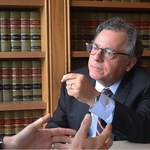 When we Honor Veterans Day and the sacrifice that has been made to protect our freedoms and liberties, it is essential that we take a moment to realize how important our constitution protections are.  This is especially so given the hostility many Federal Judges nominated by President Trump...

Comedian Katt Williams finally shows up in Sacramento Court By Anne Gonzales [email protected]   After a year of more drama than comedy, entertainer Katt Williams stood in a Sacramento courtroom Wednesday pledging to get serious about showing up for future court dates. The celebrity...

The sooner you get in touch with us, the sooner we can begin work on your case. Contact us today!

Cases Throughout the Country

While we are based in California, Harris has represented clients in many areas of America. Contact us to go over your case and if we can help you in another state, we will!