The kind of client who comes to me; the type of client I help:

Recently an experienced business man, who had emigrated to the United States and is now a naturalized citizen approached me about a problem he had.  This executive Human Resources Director is an industry leader and finds other professionals who have special computer skills the multinational company he worked for needed to produce their products and services in the United States.  This large company may or may not have been aware of my client's efforts to provide an effective workforce for them at a competitive cost.  My client is part of a consortium of professionals who provide this kind of service to the high tech industry.  My job was to defend not only my client and his case, but the industry personnel he associated with.

The case was very serious because the United States Government believed the client had fraudulently advertised non existent job positions to phantom employees, who then obtained H1-B Visas illegally through my client in order to work here. They also accused my client of offering jobs that never materialized when the new employees arrived in this country. The U.S. Government believed that the spirit, intent and actual use of the H1B program was violated by this practice because there never was a specific job the prospective employee had applied for and was accepted to do.

The criminal penalties were extremely severe and represented possible lengthly prison time and deportation.  The political nature of these hiring incidents were impactful as jobs in America are popularly viewed as jobs for American citizens.  Additionally, the jobs could have been undervalued because they were performed by immigrants.  Unfortunately, the client had approached me only when the criminal charges had been issued against him for some time while he worried about what his next steps might be.  Because he waited to contact me, the Government strengthened their case and solidly targeted my client as one of their worst offenders.

During the evolution of this case I was able to break down the hiring process for the government to make them aware of the difficulties in making these jobs available in the first place.  The large firm where my client worked was also depending on my client's efforts to maintain a stable workforce.

Two years passed while I made headway in my client's favor.  I communicated all of my client's best intentions to his accusers even though may client's results were challenged by law.   I educated the Government about the actual nature of H1B employment and the implementation of a very complex law.   After I conducted extremely sensitive negotiations for a significant period  of time, my client was never going to face prison and he was able to avoid a conviction and to resolve his mis steps with a civil judgment.  It was a victory to remove him from the criminal justice system.  Now he is not worried about being deported or being criminally accused and he is still a key player in the business of hiring tech employees. 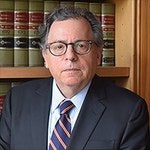 Harris Taback is a criminal defense attorney with over three decades of experience in the courtroom. When he takes on a case, he brings with him a strong sense of passion and diligence to obtain the best outcomes for his clients. Harris operates on the principles of empathy and reason when negoti...